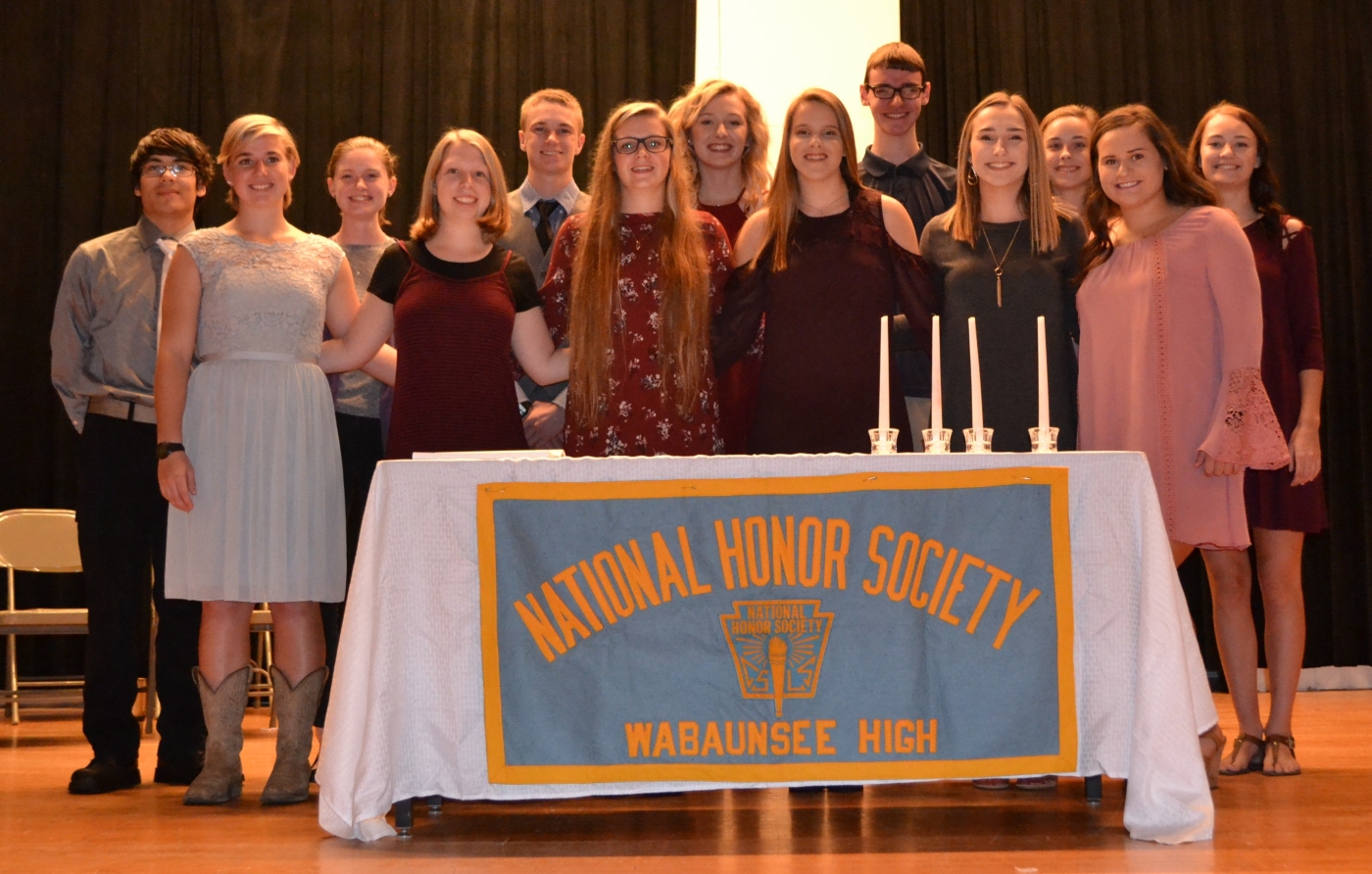 Once NHS members were selected, sponsor Laura Delfelder asked who they wanted to speak at their induction ceremony. After little debate they unanimously decided to ask Weber.

Even though Weber had to travel more than 4 hours round trip, she said it was important to come back. “I just can’t say no to you guys,” Weber said.

Weber stressed the importance of having high standards in her speech. She explained how an individual might not be the best at something but if they set high standards and put the hard work in they will succeed.

“I am not the best FCS teacher or the best FCCLA adviser or the best wife, mother, daughter or sister but that doesn’t mean I shouldn’t work hard at each of those roles to be the best that I can be,” Weber said.

Along with that she also explained how the NHS members will soon be asking for recommendations to be written about them. She included how teachers would remember the choice students made when they did not complete the assignment, when the teacher would be giving their recommendations.

To wrap up her speech, Weber explained how bad work habits would not change even when a paycheck is coming in. She explained that those bad habits will follow into the work environment and making small changes need to happen now.

“Making small changes in your actions related to your school work will improve your work quality and work ethic that your future self will appreciate,” Weber said.