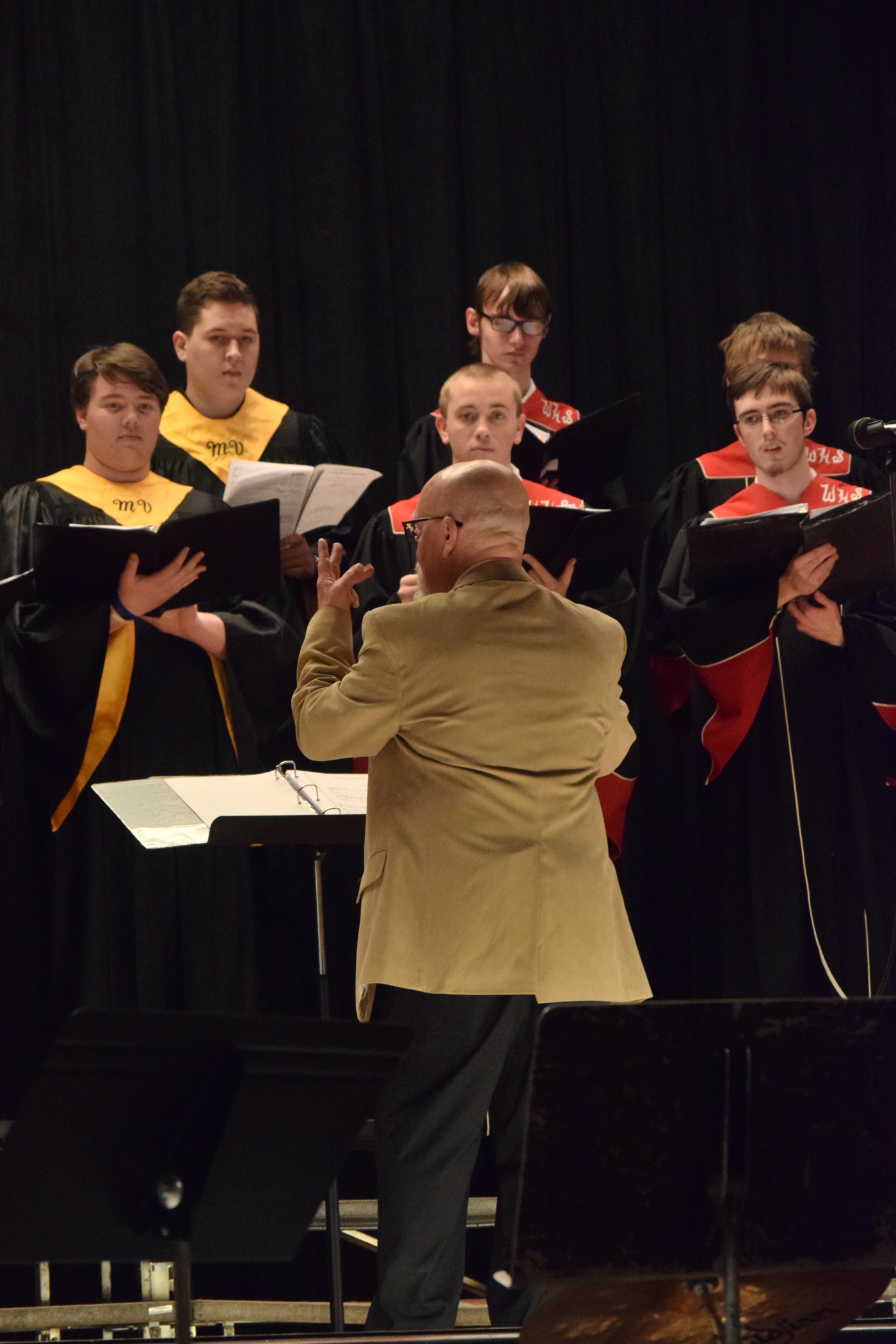 WHS band and choir teacher Richard Philbrook is retiring after 11 years at WHS. Philbrook began teaching 43 years ago and has made many memories along the way.

Where have you taught in your career?

What made you decide to become a music teacher?

You know, I knew, I really kind of knew when I was in 8th grade that I wanted to be a music teacher. In high school, because I had a really good experience with history classes, I thought I really wanted to be a history teacher, but I talked to the teachers and there were a lot more history teachers than music teachers and I thought OK, I’ll do this. Every day in music class I had this wonderful experience, and I went ‘I gotta do this’ but I’m conservative enough where I want to have a day job instead of just going on the road with a band. That’s when I decided I wanted to become a music teacher.

What was the music program like when you first came here?

It was suffering some down times. There were six people in the high school band. There were 12 in the junior high, and the 6th grade band had gotten to about page 12 in the book. Choir-wise there were some very good female singers in the high school choir and there were only three guys. Part of it was there had been a lot of different teachers. There had been some very good teachers, but they came in for a year or two and left and then they’d hire someone else and they would come in for a year and leave. The quality of students has always been really good, you guys just needed someone consistent who was here year after year.

How has WHS changed since you’ve been here?

We’ve gone through a lot of principals. There’s been a lot of change in staff, but the consistent thing, the thing that hasn’t changed, is just outstanding young people who attend school here. I have the perspective of having taught in a lot of different schools and you guys are really special and when you leave here and go elsewhere, you’ll know.

How has the teaching industry changed since you first became a teacher?

When I first became a teacher, teachers had the respect of the students and the community. We were special people, right up there with the pastor of the local church and that kind of stuff and then, people started thinking that if you work at a job where you make a lot of money, then you’re more special than people who work at a job that you don’t make a lot of money.

How have students changed?

When I first started teaching, if I said something or made a request, it was ‘yes sir’ and there was very little questioning involved. Students have changed to the point now where you have to justify to young people why they should do what they’re doing. I kind of think that’s a good thing. You say ‘why’ more often and I think that’s a very good thing.

What advice do you have for students?

I hear this all the time in yearbooks and senior speeches and stuff, but it’s so true. Enjoy your time in high school, because when you leave high school, your life will change forever and will never ever be the same. You can’t go back and change it, so live it up. Take advantage of everything that’s offered in high school.

What has been your favorite memory of WHS?

There are some students that it has been my privilege to teach, to have gotten to know a little better and that’s my favorite memory. It’s those people.