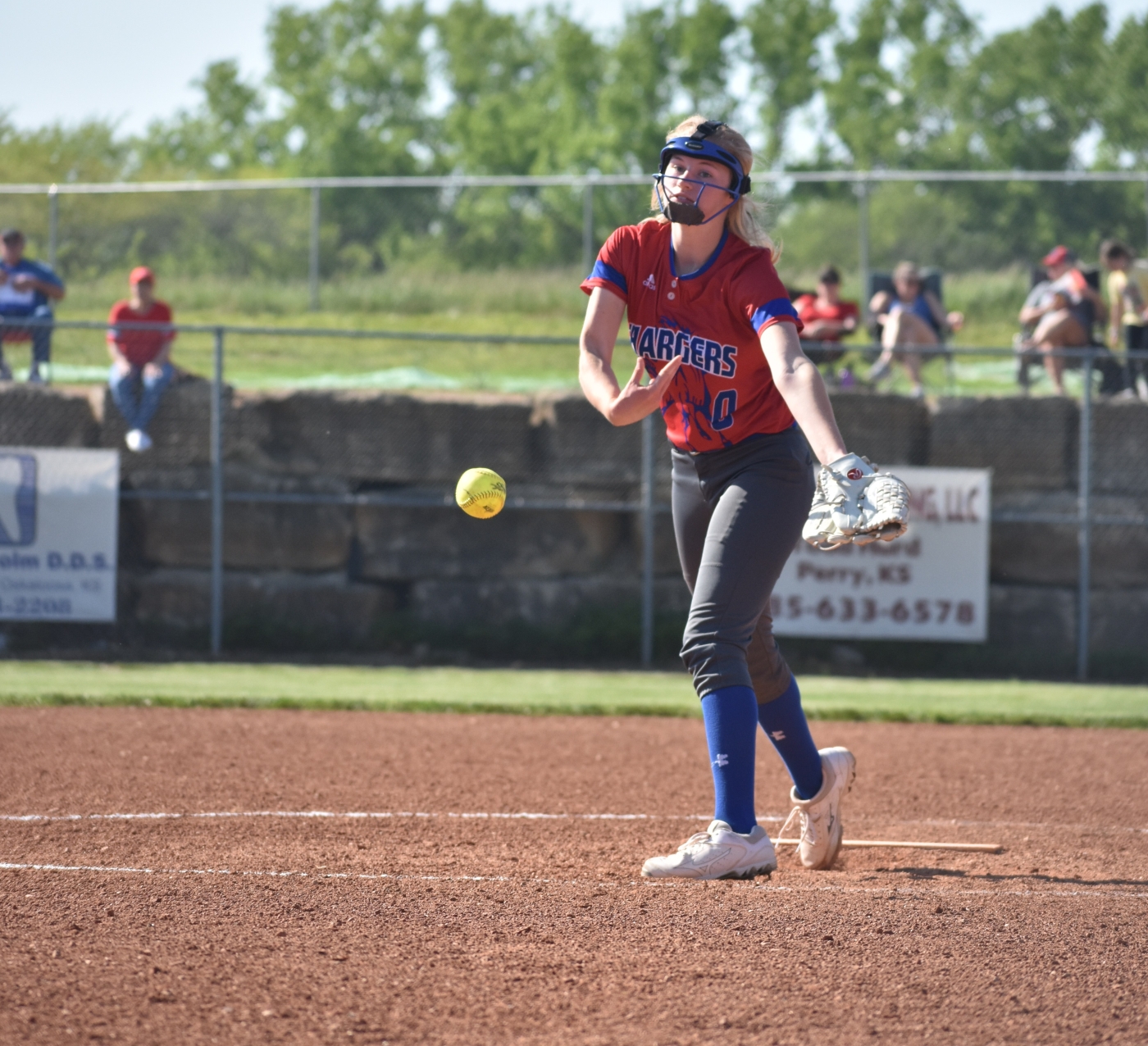 Tuesday May 14 marked the end of the season for the Charger softball team.

After beating the Rossville Dawgs 10-9 in the first round of regionals, the Chargers took a hard loss against the Oskaloosa Bears, 7-10, in the semi-final round.

“It didn’t seem like we were as fired up as we were last year, it was kind of a weird year,” head coach Brian Henry said.

The Chargers ended the season with a record of 13-7 and a team batting average of .387. “We struggled on defense,” Henry said. “We had a lot more errors than we are used to.”

The Lady Chargers will return six starters next year and has high hopes for the future. “We had some freshmen break into the line up. We are going to lose some good seniors, so the rest of them will have to grow up, kind of by forcing them to,” Henry said.

Henry announced his resignation at the end of the game, so WHS is currently searching for a new head coach.

“I hope they find a coach who will push the whole team to be our best,” freshman Kara Hafenstine said.