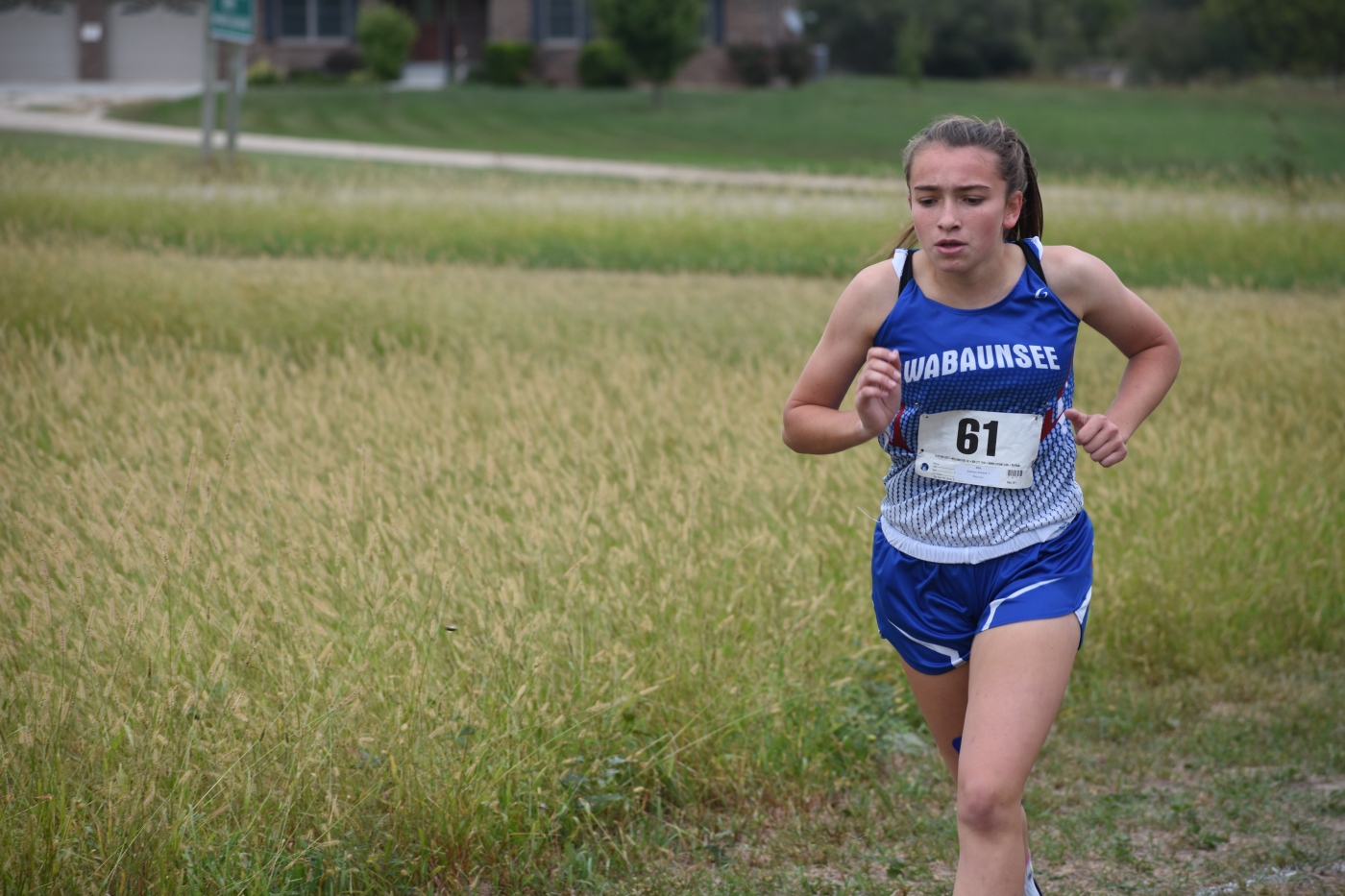 The Cross Country team took first place in both boys and girls varsity at the Wabaunsee meet Thursday, improving the girls record to 16-9 and the boys to 23-15.

While it was a small meet, coach Roger Alderman was pleased with the team’s performance. “We had 11 season-best times which is good for a challenging course like ours. We still have work to do if we want to keep pace with the other teams that we’ll see at regional, but we’re headed in the right direction.”

The team travels to Centralia Saturday.

The WHS tennis team took second place as a team Tuesday at a competitive Perry-Lecompton meet. The girls competed against eight other teams, seven which they will face again at regionals.

“The top four finishers at this year’s tournament all went to state last year, and three of them finished in the top four,” coach Brendan Praeger said. “For us to finish that high should put us in good position for regionals. I really think our players improve by playing good competition.

In doubles, Kendyl Bolinder and Reagan Feyh placed 6th and Kaytlyn Meseke and Mayah Mumpower placed 11th. “Our doubles teams have had a tough time at this tournament the last few years, but we were able to get some good wins. Kendyl and Raegan have been improving each week this year, so we just need to peak at the right time.”

On Saturday the team finished first at the Sacred Heart in Salina. Schreiner and Ogden both placed first singles with 4-0 records. Bolinder and Feyh placed 2nd in doubles and Meseke and Mumpower got 4th in doubles. “It came down to the final match to determine team points, so it was very close. This was the first week of the year that most of our opponents are 321A teams, so it’s exciting that we have been competitive,” Praeger said.

The team competed at Chapman Tuesday and completes the regular season Tuesday at Abilene. They head to Hillsboro October 11 for regionals.

WHS volleyball team continued a successful season Saturday at Olpe. Both varsity and JV squads took first, improving the JV record to 13-3 and varsity to 20-1.

Despite the solid start, coach Tracy Capoun is still pushing the team to improve. “We have been working on our mental game, and I think that’s made a difference in the year. They are really working together in a calm, collected way and working to keep their heads up throughout the game. They are also having fun and getting excited on big plays which helps our momentum. That makes it fun for the fans to watch kids enjoying themselves while getting the opportunity to play for our school. I’d love to start off ahead, but coming from behind doesn’t fluster myself nor the girls.”

Football looks to bounce back after loss

After getting a win in its first home game, the football team suffered a frustrating 0-50 loss Friday at Jeff County North, dropping the record to 1-3 for the season. “The good thing is the younger players are stepping up to earn play time,” coach Jess Rutledge said, “but we need to improve on everything. We need to do the things we’re coached to do and push ourselves. As coaches we need to show them how to do that.” The Chargers play Friday at home against Hillsboro.