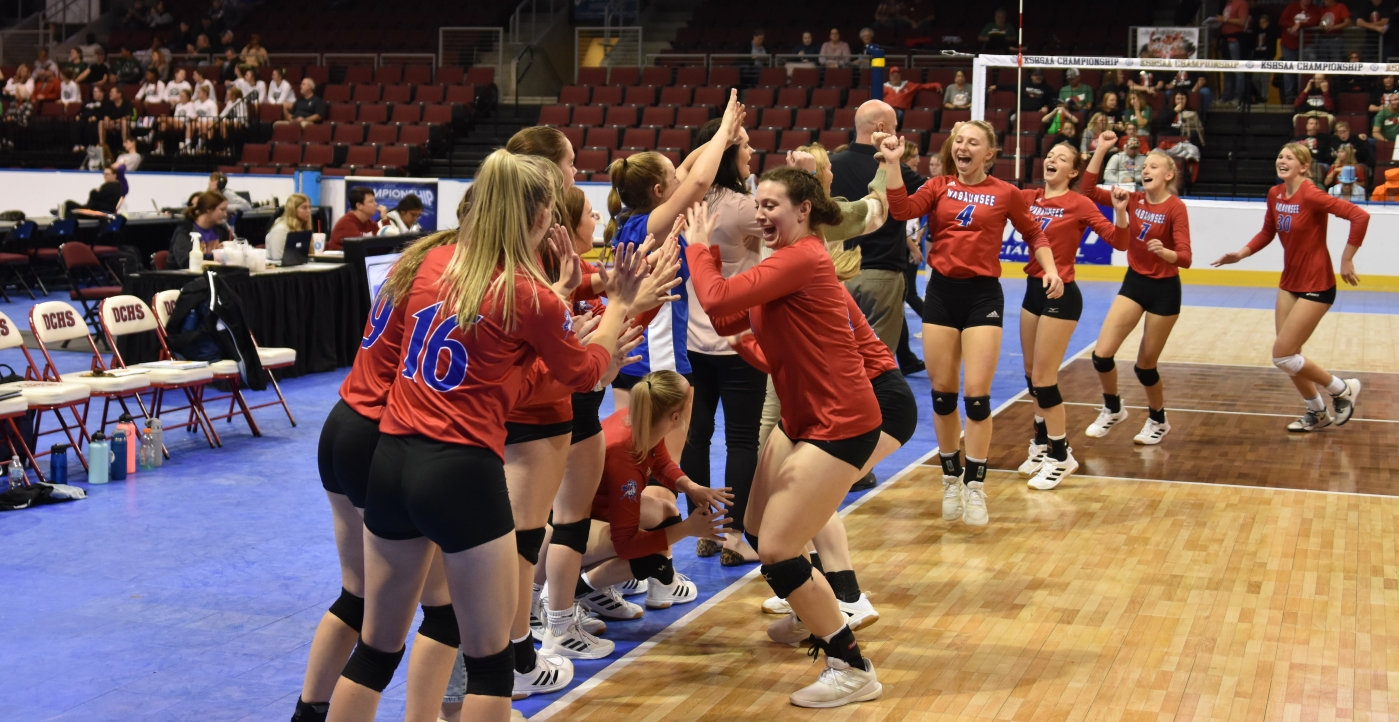 For the first match of the day, Wabaunsee faced a tough loss against Hillsboro 25-17, 25,14.  “We came in overconfident and feeling like they weren’t that good. They weren’t beating us, we were beating ourselves,” senior Lauren Schutter said.

With a close match against Smith Center, the volleyball team lost 25-21, 25-20. Smith Center ended up being the state champion.

“We knew it was going to be a tough game going into it and we started out really good but then mistakes led to other mistakes,” senior Kara Hafenstine said.

Wabaunsee ended its season with a victory over Pittsburg-St. Marys Colgan. The first set was close with a score of 25-23 and the second set was 25-15.

“That game we knew was our last so we thought why not just have fun. I mean obviously we wanted to end our season on a win and do our best,” senior Sydney Holthaus said.

Overall the volleyball team ended with a record of 33-10. With a loss of four seniors, the Chargers will have three returning starters. “We just continuously prove that even when we’re losing people we can still continue this great program. I hope that the seniors next year can continue on that,” Schutter said.