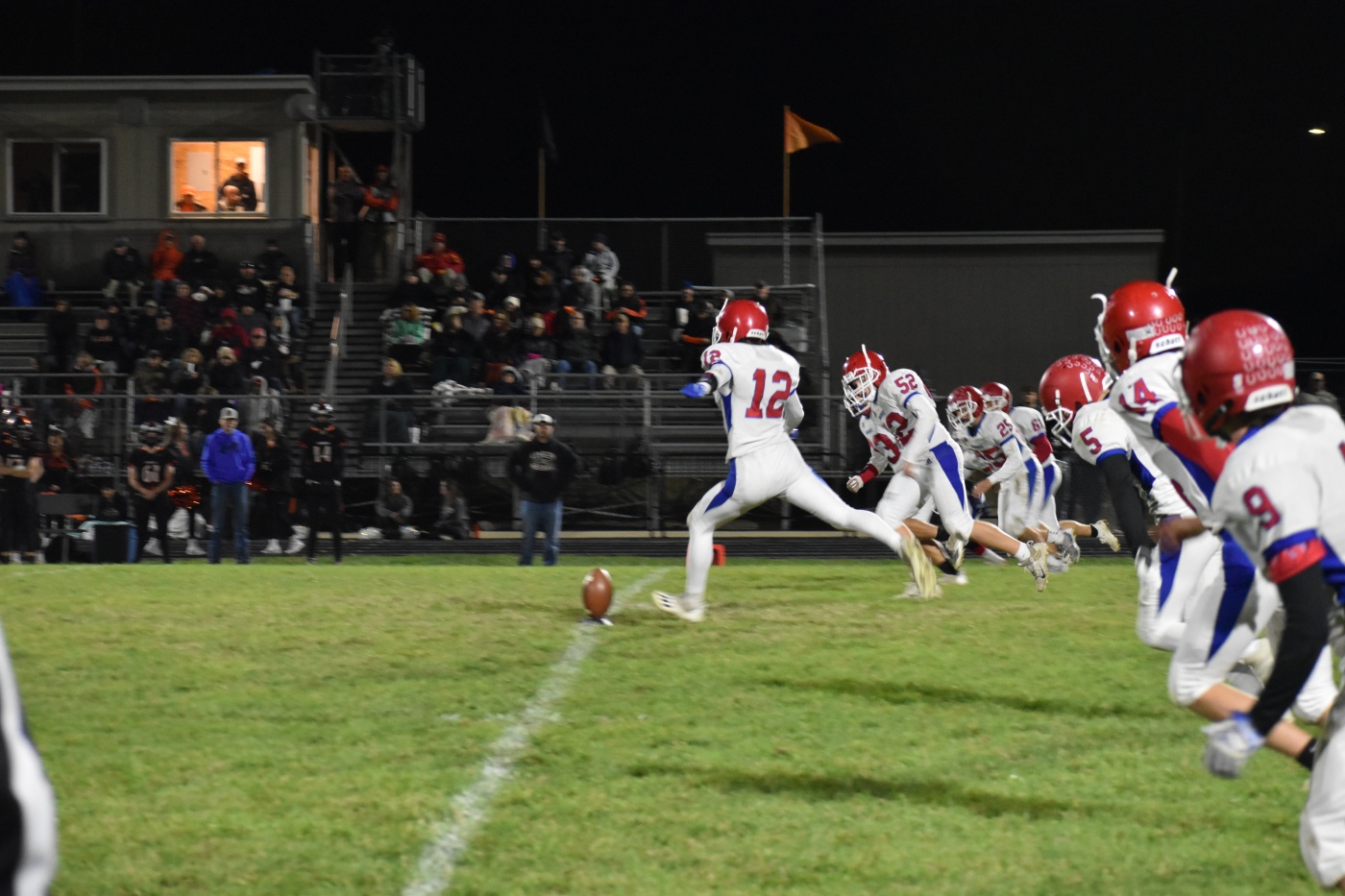 The Charger football season ended Friday evening with a 33-44 loss to Lyndon in regionals. Here is a by-the-numbers story of an incredible season.

7 — Number of wins (with 3 losses). The Chargers have only surpassed the current season’s win total twice in school history. The win total suprasses the combined total from the previous three seasons.

24 — Years between winning seasons. WHS hasn’t won more than it lost since 1997, several years before any of the current players, and some coaches, were born.

301 — Points scored this season. This includes 42 touchdows. “I don’t know the last time we scored that many points in the season. We definitely had a lot of growth on the offensive side of the ball,” coach Rutledge said.

1927 — Passing yards by Cade Oliver, just shy of the school record of 2083, set by Oliver last season. Oliver, a four-year starter at quarterback, racked up 5424 career passing yards, also a school record. Oliver stated “It always feels good to get some of those passing records in my time here at Wabaunsee but that was never what I cared about. I’ve always cared a lot more about just going out there every game and playing with my teammates and doing everything we can to win games.”

5 — Graduating seniors: Cade Oliver, Brayden Meseke, Aiden Boeckman, Caden Yonke and Jackson Havenstein. “I have a lot of love and respect for those guys because they came in at the same time I did as head coach. This season was a big pay off for them and their hard work, showing future players and future teams that we can win at Wabaunsee and they helped establish that standard,” Rutledge said.

12 — Receiving TDs by Eli Oliver “It felt like a good season. It was cool because it was my brother throwing them. I would have had more receptions if I didn’t score TDs all the time,” Oliver said.

830 — receiving yards by Brayden Meseke, who also led in total receptions with 47. Meseke pulled in 69 career receptions for 1178 yards. “I put in a lot of work in the summer working on my hands and focusing on catching the ball. I have to thank my coaches for giving me the confidence and putting me in situations where I can get open to get the ball and as well as Cade for having the confidence in me to throw me the ball.”

146 — Points allowed this season. With more than half of the points coming from two games, it’s clear the Charger defense was tough. The stingy defense also had three shutouts (Mission Valley, Horton and Northern Heights), including the largest margin of victory in school history in the 68-0 win over Northern Heights.

118 — Tackles by sophomore Tate Deever. Tate’s approach to defense: “Let God have mercy on my enemies, because I won’t. I go out there and play my game and do what I do,” Deever said. “I think we can be even better next season as lots of players step into their roles.” Junior Maverick Havenstein lead the team with 4 sacks.

11 — Pancake blocks by both junior Maverick Havenstein and sophomore Alex Beggs. “We did a lot better this year as a line. Our chemistry was on point. I played OK, but I know there’s always room for improvement,” Havenstein said.

∞ — Years since WHS or one of the original Wabaunsee County schools has won more than one playoff game in a season. After winning playoff games in consecutive seasons for the first time in school history, coach Rutledge said that’s the next thing the team has in its sights. “We should have a good team coming back. We have a lot of experience and a lot of guys who were key instruments on this year’s team. We are looking to continue to build off of what we were able to accomplish this year.”