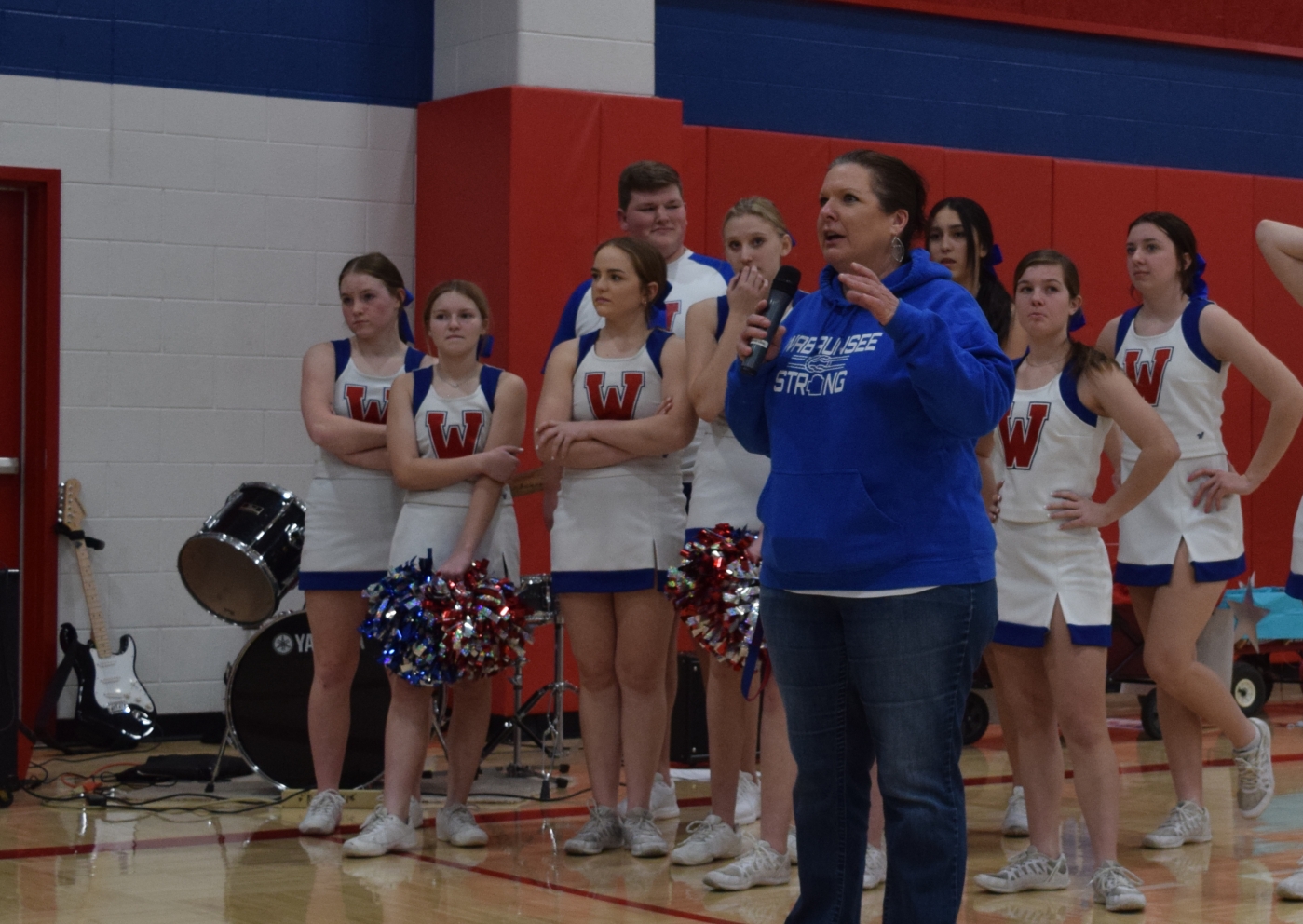 In an email to staff, Hutley announced that she had accepted a position at Washburn Rural High School as an assistant principal.

“To say the least, this was a very difficult decision for me, and I will always care deeply for this district and our students. I truly appreciate the opportunities I have been afforded in this district, and I will greatly treasure the experiences I have had at USD 329,” Hutley wrote.

When asked about her hopes for the next principal Hutley said, “I hope they’re awesome in every way, because this district deserves that.”

Pictured above: Jan Hutley speaks to the student body during the Winter Royalty pep rally in February.