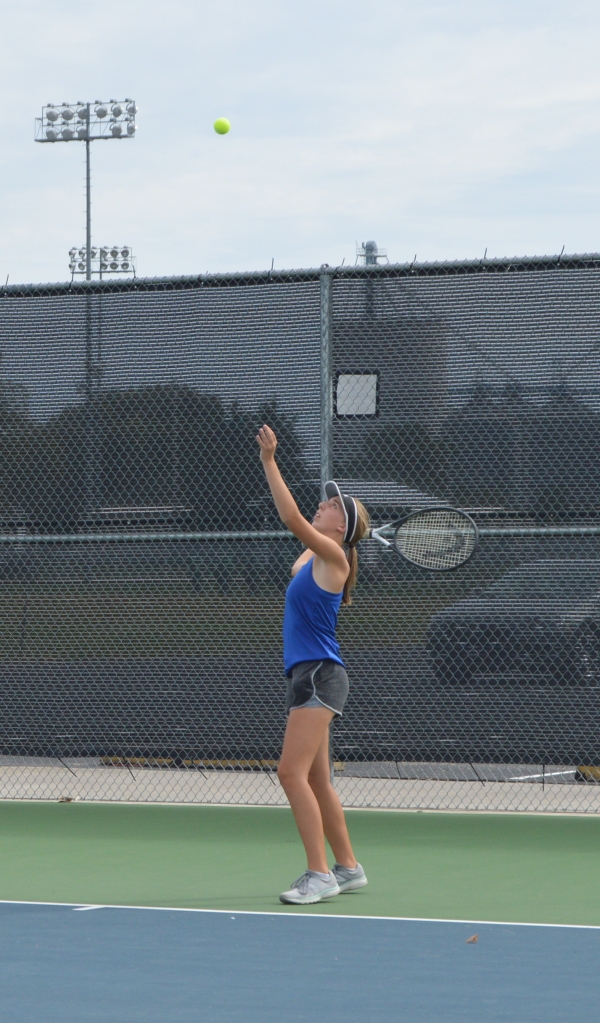 The tennis team travels to Hillsboro Friday to compete in this year’s regional competition.  The meet takes place Friday and Saturday, with the majority of the small team competing. Senior Mayah Mumpower and junior Baylie Tharman will compete in singles, while freshmen Meredith Denton and Ava Huske will join senior Sarah Vanstory and junior Danielle Murphy in doubles.

Each year six juniors across the state of Kansas are selected to be a part of the KSHSAA Student Advisory Team. Last year, I was one of the selected students and I currently serve as one of the 2A representatives. As a member of the team, part of my job is to provide input to the KSHSAA Executive Board, Board of Directors and Association staff about issues affecting students.

In the scorching heat of the sun, the Wabaunsee journalism team headed out to conduct interviews and get pictures for a newspaper competition at the Kansas State Fair.

The tennis team opened its season Thursday at Wamego, with both singles players bringing home medals. Senior Mayah Mumpower went 4-0 to place first in #1 singles and sophomore Baylie Tharman went 2-2 to finish second in #2 singles. Though the team numbers are a little lower than usual, coach Brendan Praeger sees this as an opportunity to improve. “We graduated 7 people, so initially we dealt with small team issues. As we continued, this pushed players to work harder. These players can just get in more reps, and I’ve seen the younger players improve a lot more quickly than in previous seasons.”