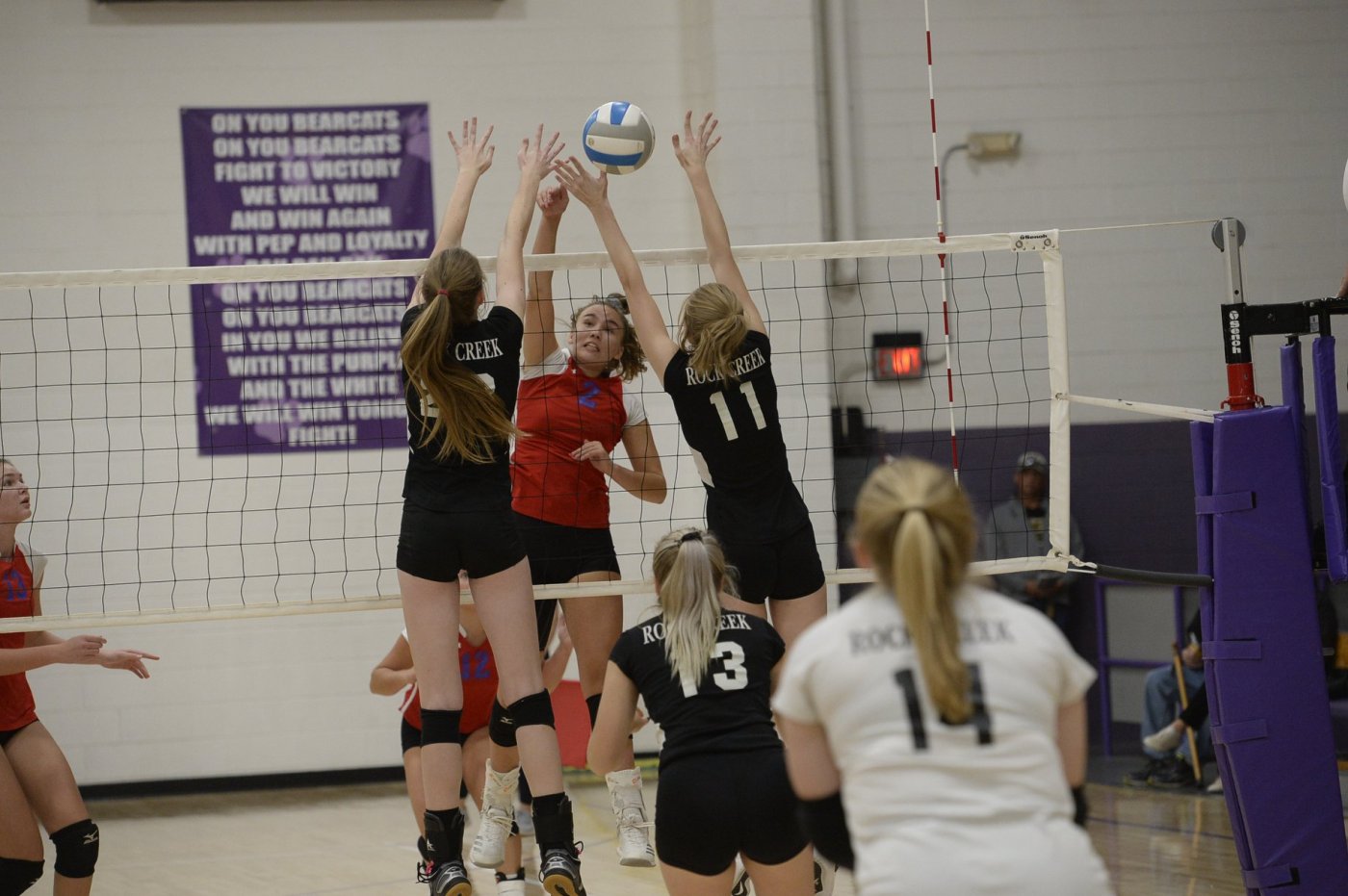 Senior Megan Strait signed her letter of intent to play volleyball at Coffeyville Community College in a ceremony February 20.

Megan said she looks forward to her time there. “They have one of the best programs in D2 Juco, won the national championship twice, and got third in the last 3 years. I like the small town feel and how close everyone is. Delice (Downing) is an amazing coach and an amazing person, she connects with the girls as a mom figure rather than just being a coach all the time.”

She also said Wabaunsee has well prepared her for her athletic future. “Wabaunsee prepared me through tough competition and left me with so much success that I’ll always be hungry for more.”

Megan played volleyball four years, and was a key component in the team’s state championship last fall. She plays as an outside hitter, right side hitter, and also passes. She also played basketball four seasons, softball three and one season of track.

WHS volleyball coach Tracy Capoun said “Megan was a great utility player throughout her high school career. Over the years she has changed roles many times. In those roles she did whatever was asked of her from the team and coaches with a 100% effort. She’s a great volleyball player, and I can’t wait to see what her future holds.”

Coffeyville’s coach, Delice Downing, expressed her excitement in adding Megan to the program in an email: “We are so excited to have Megan as part of our Raven Family. She will bring so much versatility to our court and a passion that one cannot coach. I look forward to coaching such a great young woman in this wonder game called life and volleyball. We are blessed to have such a passionate stud on our roster in 2020.”

Principal Jan Hutley also praised Megan’s time at WHS. “Megan clearly loves volleyball and I am truly happy for her. That she gets to pursue her passion at the college level is a challenge she has been prepared to face and I wish her all the best.”

One thought on “Strait Signs with Coffeyville Community College volleyball”